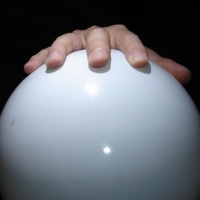 Near the end of last year I wrote a blog post entitled "What's in store for Toronto real estate in 2019?" Now that we know how things played out, let's revist the 11 factors I listed as headwinds (will slow the market down) or tailwinds (will boost the market). I classified each of them as Known, Likely, or Possible. In this post I'll split them into what I got right, what I got wrong, or somewhere in between.

What it is: On January 1, 2018, OSFI brought in the regulation requiring buyers of uninsured mortgages (i.e. putting down 20% or more) to qualify at a rate of 2% higher than their actual contract rate.

Hypothesis: People would qualify for less of a loan, so would have less to spend, so would hinder price growth

What I wrote: "It's had a year of run already, and people were giving advance notice, so to my mind it should be pretty baked-in to prices already. But RateSpy mentioned that "borrowers will likely adapt within 2 to 5 years" so I'm leaving it in as a headwind for now."

What happened: It seems like it was already baked-in, as the HPI Composite Index at November stood up 7% year-over-year, and has been over 5% since June.  That's not setting the world on fire, but it's a good chunk more than inflation (October 2019 CPI was +1.9%). Couple that with GTA transactions being up about 10,000 for the year and I think people have already adjusted.

What it is: Stuff like the Ontario Fair Housing Plan, or REBBA 2002 regulating realtors/brokerages, or the City of Toronto curtailing Airbnbs.

Hypothesis: Most of these regulations have been along the lines of cooling the market, or helping supply, which should keep prices more in check.

What I wrote: "As RateSpy notes, "People with existing HELOCs will qualify for fewer/smaller mortgages, putting a small dent in sales of second homes, rental units and vacation properties."

What happened: The Ontario government did introduce another one of its horribly named acts, this time the "Trust in Real Estate Services Act" which would "support and strengthen consumer protection in the real estate sector." Granted this won't have a major impact on supply or demand, but it shows the government is keeping a closer eye on the space. Frankly, the BC government has done more, like bringing in transparency in ownership, as one of the outcomes of its Expert Panel on Moneylaundering in Real Estate, and increasing its vacancy tax from 0.5% to 2%. The City of Toronto had its proposed Airbnb regulations upheld by the LPAT so its Licencing and Regulation of Short-Term Rentals bylaw has come into force (implementation and timelines TBD). That's going to make condos in particular less appealing to "investors" that were running them as ghost hotels, which should help the rental market by bringing much needed supply on board, but it may also bring more supply to the re-sale market (and less competetion from would-be investors should give condo buyers a better chance to purchase with less competition, which should also help prices). The Federal government had several measures in its 2019 budget aimed at improving affordability, assisting first-time homebuyers, and increasing fairness by beefing up CRA audit teams dedicated to real estate. Good summary of the measures here. During the 2019 election campaingn the Liberals pledged to beef-up the first-time homebuyers program which is a shared equity scheme that wasn't going to help too many people in the expensive Vancouver and Toronto markets. I suppose that last one is more of a headwind since it's potentially bringing more money into buyers' hands but I think the effect will be negligible.

What it is: I really meant this as a supply-related point

What I wrote: I gave the old "not making any more land" line (in a tongue-in-cheek way). Also mentioned this affects houses more than condos as they're still building a lot of condo units in the city.

What happened: No more land was added to Toronto during 2019.

Though the city announced it will add Villiers Island in the Port Lands by 2024.

What it is: The continued influx of people into Toronto.

Hypothesis: More people will create more demand for housing, which will put upward pressure on prices.

What I wrote: I quoted the Ontario government, which had the GTA "projected to be the fastest growing region of the province."

What happened: We don't have final 2019 numbers in, but during the year a study came out showing that in 2018 (or the 12 months ending July 1, 2018), the City of Toronto was the fastest growing of North American "central cities" (which apparently include LA and NYC so I don't know what they mean by "central" - maybe meaning excluding Mexico).

What it is: The continuation of historically low interest rates.

What I wrote: "While rates climbed a little last year, and may climb some more this year, they're still very low historically."

What happened: The Bank of Canada didn't change the overnight rate all year, and since fixed rates are tied to the bond market, they actually decreased in the year. Even if they had stayed the same or slightly increased, we're still in a very low period historically, as you can see below from this chart I whipped up using a handy tool on RateHub.ca.

What it is: Low vacancy rates encountered by renters.

What happened: Rental activity tracked through TREB showed 14% more one-bedrooms leased out on the MLS (November YTD) with prices up 6%. So that's certainly attractive to landlords. What I neglected to mention is it's not just a demand problem (i.e. landlords competing with end-users for condos), but a supply problem as investor owners are more likely to keep holding properties if the rents are rising. In my opinion, this is a big contributor to the huge drop in re-sale condo inventory we've seen in the last few years, as shown below.

Hypothesis: If rates rise, people would qualify for less of a loan, so would have less to spend, so would hinder price growth

What I wrote: "Rates were about as low as they could possible go, so they seem a lot more likely to increase than decrease in 2019. RBC has stated it expects the Bank of Canada to hike its overnight rate two more times next year."

What happened: A whole lot of nothing. As you see below the last increase (from 1.50% to 1.75%) occurred on October 24th, 2018. To nail it, I should've put this as a Potential Headwind instead of Likely. But that's what the experts were calling for.

What it is: Housing is really damned expensive in this market, and ownership is growing out of reach for many.

Hypothesis: If many can't afford to buy it's going to curtail demand (sales) and prices

What I wrote: "This could mean lessened demand for detached houses as they are out of reach of many would-be buyers. It also could mean increased demand in the condo market, as buyers train their eyes there instead." I also wrote "I don't think condo prices will appreciate as much as they did (in 2018)" which was up 7% year-over-year in November.

What happened: Things are still unaffordable. As can be seen in the below chart, things didn't get any better. Though RBC went into the year saying "Don't hold your breath for a meaningful rebound in 2019," 2019 sales volumes will end up being around 88K for the GTA, which is up a lot from 78K in 2018 (lowest since 2008). They still fall a bit short of the 91.2K average of the previous 10 years. My price prediction was looking good up until September, when the average condo apartment was up just 3.3% over 2018. But in the last couple of months that number has shot up to sit at 9.6% in October and 10.9% in November. But I look at it like all the gains the market has made in 2019 (average 416 freehold up $35K over November 2018, average 416 condo up $59K) has been in spite of many not being able to participate in the market because even entry-level homes are out of reach.

What it is: Coming off a 2017 where Home Capital Group Scandal and Laurentian Bank saying it had uncovered some "problematic loans" due to "client misrepresentations" and a 2018 in which TD and RBC tightened their policies around HELOCs, it looked like others might clamp down.

Hypothesis: If tighter scrutiny prevents some from qualifying, and some have to resort to higher rate loans, there will be less money to spend on housing, holding prices back.

What I wrote: "As RateSpy notes, "People with existing HELOCs will qualify for fewer/smaller mortgages, putting a small dent in sales of second homes, rental units and vacation properties."

What happened: I don't recall any tougher lending regulations, or financial institutions pronouncing they were going to get tougher in their underwriting practices. (If you recall any examples, let me know!) But I only called this "Potential" so I'm not going to dock myself.

What it is: The psychology could range from FOMO like we saw in 2016 and early 2017, to an overreaction on the downside if a bunch of people rush to sell. I was tying it to the economy potentially going south.

Hypothesis: If the economy (which is deep into an economic up-cycle) goes south it could take the real estate market with it.

What I wrote: "If people are losing a lot of money on stocks, they aren't rushing to buy more real estate."

What happened: As of this writing the TSX 300 is up 19.22% year to date, and the Dow Jones Industrial Average is up 21.18% so the market definitely didn't tank! However, be mindful, as Axios points out, that the big gains this year have "been hard to explain and fueled largely by factors like stock buybacks and central bank easing."  As JPMorgan Asset Management points out, "downside risks are building." Again, I only called this "Potential" so goes in the in-between column.

What it is: People from outside of Canada buying more properties.

Hypothesis: If the Canadian dollar weakened, properties here would be cheaper for foreigners, therefore more attractive and increasing demand.

What happened: As you see on this one year view below, the dollar largely sat between 74 and 76 cents through the year, so didn't change much. Some say the instability in Hong Kong could lead to more people looking here, but it hasn't happened yet. The Liberals pledged to bring in a nation-wide vacancy tax when they were campaigning for the October election. It would apply to all residential properties owned by non-Canadian who are non-residents. The proposed rate was 1% of the assessed value per year, with an exemption if it's rented out to a non-family member. Because the election was so late in the year and nothing is official on this yet, I don't think it's had any effect in 2019.

You win some, you lose some.

I had said the big X-Factor in 2019 was going to be the economy. The economy remained strong so a bunch of the negative stuff didn't happen. It appears that consumer confidence in Toronto real estate is back after getting shook in 2017 after the Ontario government stepped in with some regulations in April. Since this market appears detached from fundamentals (most significantly, prices compared to local incomes) I think it will take an economic downturn to slow this market down now.