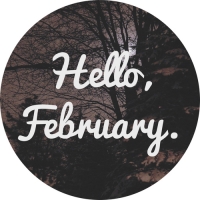 Brace yourselves for the big February Bump in prices

What is this February Bump?

When compiling my monthly charts highlighting trends in the Toronto real estate market, I always notice the climb from January to February in the last 6 years, which was particularly steep in 2016:

From December 2015 to December 2016, the average house price went up by $209K. Nearly 3/4 of that ($152K) happened in that steep January to February climb I just noted. Here is a look at the last 6 years, which correspond to the chart above.

How long has this been going on?

What does that mean for this year?

The 20 year average is 9.3%, which has been slightly higher in the last 10 years (9.7%) than the 10 years prior to that (8.9%). The lowest increase in this period is still a 3.7% month-over-month increase. With just a couple of days to go in January, it's safe to say it's been another hot seller's market month, with supply down about 1/3 from last January, and average days-on-market dropping from 24 last year to about 18. So I feel it's safe to say we're in a good position for another February Bump. I'm calculating an average January sold house price (detached and semi and row) to be just a tick shy of $1.2MM. For easy math take a 9% bump (20 year average) and you're looking at an increase in February of $108K. Even taking the lowest increase in the last 12 years of 6.6% and that would be almost an $80K increase.
I was advising my buyer clients in December and January that it might be a good time to get on things, to beat the bump. Of course, past performance does not necessarily predict future results, but it will be interesting to see how the February Bump plays out this year.