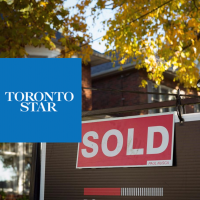 Have you won the housing ‘birth-year lottery’?

Have you won the housing ‘birth-year lottery’?

It’s always been expensive to own a home. But with real estate prices at a high, one expert says those born in generations who were able to get in the market before it spiked in the last decade or so have won a kind of “birth-year lottery.”

“This idea of the birth-year lottery is that real estate has really kind of separated the wealthy from the not wealthy, the haves from the have-nots,” says John Pasalis, president of real estate brokerage company Realosophy.

“Because if you were born, say, in the mid-’70s to early ’80s and you were kind of at that age where you could have bought a house or a condo 10 years ago, then you’re sitting on a pretty decent portfolio of real estate,” Pasalis says. “But if you’re a millennial who’s trying to get into the market today, well, you’re kind of out of luck because house prices are pretty much sort of at the highest level right now and it’s very prohibitive to get into the housing market.”

It’s not just about the year you were born. A variety of factors affect how easily someone can afford to buy a home in the GTA, including but not limited to whether you have help or an inheritance from family, how much student debt you’re carrying and even whether you’re single or in a relationship with another income to count on. But as sky-high real estate prices outpace incomes, each of these factors takes on even bigger significance, because the market is so tough to enter, experts say.

An RBC report focusing on the last quarter of 2018 found that, on average in the Toronto area, 66.1 per cent of someone’s household income was required to cover the costs of home ownership, up from closer to 45 per cent in 2009. Owning a single, detached home ate up an even bigger percentage of your income: about 80 per cent, compared to just above 40 per cent for condo apartments.

Although condos can function as more affordable starter-homes for first-time buyers, what makes it tougher is that the supply is running low, which Pasalis says is due in part to owners holding on to them as investment properties to rent out instead of placing them back on the market when they move into a larger space.

The number of condos on the Toronto market in August stood just above 3,000, while in each August from 2012-15 it was about 6,500, according to a chart from housing market researcher Ben Rabidoux, based on MLS listings statistics from TREB.

“That’s going to have a huge impact on the market and on prices because the fewer units that are available for people to buy, it drives up prices and it makes it harder for people to afford,” Pasalis said.

The millennials who can actually afford to buy are often only able to because of help from family, he said. “I remember when I started in this business 10 years ago, the gifts from parents were $30,000 to $40,000. And in the past two to three years, they’ve become $100,000 to $150,000,” Pasalis said. “If you have parents who also own real estate and have the cash to help you, you’re going to get into the market. And if you don’t, and you’re from a less advantaged background, you won’t.”

Realtor and chartered accountant Scott Ingram says rising tuition costs also play a role in housing affordability because people have more student debt that takes longer to clear before they start saving for a home. And because house prices are also so high, it takes longer to save for a down payment too.

Ingram said he sees firsthand how much tougher it has become for people to buy their first home now. He mentions a friend who referred a younger sister to him as a client. His friend bought a 600-square-foot one-bedroom condo for an “entry-level price” in her 20s in 2007. But her sister looking to buy in the same area now is facing double the price for a 450-square-foot studio.