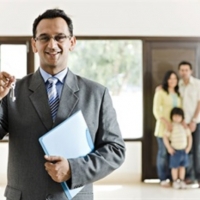 The population of Canada in 2015 was 35.9 million people¹. The number of REALTORS® nationwide is currently 115,000 (per Canadian Real Estate Association). That's a lot of Real Estate Agents. Going by that per capita rate, you would expect the Toronto Census Metropolitan Area (CMA) with its population of 6.13 million¹ would have about 19,700 REALTORS®. But there are currently (at time of writing) 45,000 REALTORS® per the Toronto Real Estate Board (TREB). That's 39% of Canada's Agents for 17% of the population!

Using the population breakdowns from above, and expressed another way, you can see the concentration in the TREB territory, where there are about 2.3 times the national average about 320 REALTORS® for every 100,000 people outside of Ontario.

When people hear about Toronto's RECORD SALES years and CLIMBING PRICES, many figure REALTORS® are living large. Certainly, top agents are rolling in it. But even the large transaction growth in the last couple of years (to an extrapolated 111,000 for 2016²) are no match for the number of agents hopping aboard. There are about 100 new agents joining every week now. Over the 15 years shown below, transaction growth has been 2.9% per year, but the growth in the number of agents has been 7% per year. Hence, the red line below has declined from 4.3 transactions annually back in 2002, to only 2.5 transactions annually year for the past couple of years.

But each transaction has two sides: buy and a sell. So you can double the number above and the average agent would be involved in a transaction about 5 times a year, or one every 73 days. Did that saturation lead to less transactions than you would have guessed?