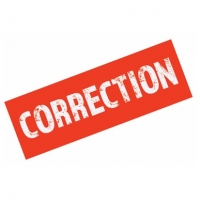 There is a segment of the population that's rooting for a crash in Toronto housing prices. There are Facebook groups with bubble in their group name, and I often see comments with this angle on real estate Twitter. I get it. Prices are high, and some people that want to buy feel their only hope is if we are actually in a bubble and that bubble bursts.

Meanwhile prices keep climbing and climbing and climbing. Now, do I think they're always going to go up? No. Do I think they will in the long term? Yes. But these things don't move in a strictly linear fashion, so there will be periods of fast-rising prices, periods of slow-rising prices, stable periods, and even down periods (like the first couple of months of COVID for houses, or the fall of 2020 for condos, or the late spring and summer of 2017 for houses, after the Ontario Fair Housing Plan was announced).

The higher prices go, the more room they have to come down, and the more risk that happens if there's been very high price growth rates. I don't know how big of a correction people are rooting for or realistically expecting, but what I've done is looked at several correction scenarios to see just how far back in time that price rollback gets us.

The average price of a detached home in the city of Toronto (416) for the month of October 2021 was $1,784,979. That was up 21.2% over the same time last year. However, for this analysis I'm going to stick with the Home Price Index (HPI) which tracks how much a "benchmark" single family detached (SFD) home would cost. (Averages are subject to a lot more fluctuation, depending on the underlying mix of houses sold and the HPI strips out some of those effects.) As you can see below, the SFD benchmark for October was a little lower, coming in at $1,605,800.

What I'm trying to answer here was, if we had a 10% (or 20%, or 30%, etc.) rollback in prices, how far back would that set us. Due to the really high appreciation in houses recently due to tight market conditions, the answer is not so far. A 10% price correction takes us back only as far as this April. I'm sure the people that are miffed at prices now and hoping for a big price drop were also hoping for one 6 months ago.

As you see, the 20% drop doesn't go so far back either - just until December of last year. Again, the same people wanting a big price drop were no doubt hoping for one last December. But instead the prices dropping, they've gone up 25% since last December. (80 is a 20% drop from 100, and going from 80 to 100 is a 25% increase... I know some people get confused where the extra 5 cents comes from when an 80 cent Canadian dollar means it will cost you $1.25 to buy one US dollar.)

What if prices really tanked then, like 30%? Sorry, you're only back about two and a half years to March 2019 prices.

Answer is a little bit further in general because house prices really took off during COVID while condos softened a little. The HPI peak in 2020 was $633,600 in May. It hit its lowest point in December at $597,100. Things really recovered quickly earlier in the year to get to $630,300 by March, right around where it was early in the pandemic last year. But bascially there was a lost year there while prices dipped (when inventory skied) then came back up. Houses didn't have that lost year and kept soaring.

So something interesting to me is the 20% drop in condo prices takes us back 2 years and 8 months (32 months) which is about the same as the 30% decline in houses which is 2 years and 7 months (31 months).

Side by side comparison

For the smaller (but still large) rollbacks, the detached don't take you back too many months - even 30% is less than 3 years ago. But for the longer one, condos actually take you back to a shorter time ago. That was due to a prolonged period of double-digit year-over-year growth in the condo apartment segment. From September 2016 until December 2018 y/y HPI increases were 10.0% or more in 27 of the 28 months, peaking at 32.2% in June 2017. For detached housing, they had a 21 month double-digit streak, but that stopped in January of 2018

My grand takeaway, is that any large correction or crash, while helpful to prospective Toronto buyers, is not going to transport them back in time as far back as they'd probably like to go (because I've been hearing some voices rooting for it for years). Even the 50% crash scenario only takes you back between 6 and 7 years: 74 months for condo apartments, and 80 months detached houses (meaning prices have doubled in that short a period).

Would you like to make better-informed real estate decisions? I believe knowledge is power. For that reason I invest a lot of time researching and analyzing data and trends in the Toronto real estate market. My Chartered Accountant (CPA, CA) side also compels me to perform a lot of due diligence work on properties my clients are interested in purchasing. If you have better information, you should have less risk and be in a position to make better decisions on the hundreds of thousands of dollars you're transacting on.