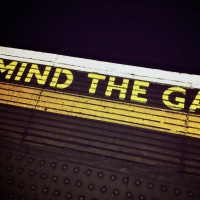 Price ratio between Detached and Condos falls to 2013 levels

Many condo owners purchase with the intent of climbing aboard the "property ladder." The intention isn't usually to buy a condo as a "forever home" but rather to move up to a house once they have accumulated some equity. However, freehold (non-condominium houses) properties have been appreciating at a faster pace than condos over the years and with higher price to begin with, the price gap between the two ownership types has grown over the years. When GTA freehold property values shot up last spring they house dreams out of the reach of many condo owners.

But now that house prices (and I'm going to concentrate on detached houses in this post) have come back to earth somewhat since last April's heights, while condo prices didn't drop near as much on an absolute dollar basis and have mostly recovered, I thought it would be interesting to examine the gap between detached houses and condo apartments (I'll just shorten that to "condos" for the remainder of this post and ignore condo townhouses).

Photo by GregPlom courtesy of Pexels

Both have been growing, but of course houses are growing on a much bigger base.

Is this a good time for move-up buyers?

Now let's compare the average price of detached houses with condo apartments in recent years. You can see there were three months last year where the difference was over $1 million, peaking at $1,061K. Now the gap is down to $712K. That's the smallest the gap has been since January 2016 (other than a bit of a blip in August 2017 where the difference was $645K - the months before and after were $770K and $810K). The twelve months ending January 2016 were all between $620K and $695K, then shot to the $776K show in February 2016 and didn't look back until the late spring correction last year.

Point of all this? It may be a good time for move-up buyer to swing from a condo to a house as the price gap is back to 2015 levels. Then again, there may be more gap shrinking to come. I don't have a crystal ball, but with condo inventories still extremely low (active listings at about 40% below average levels), condo prices seem very likely to be increasing in the short term. Houses are trickier to gauge at the moment.

If you look at this chart back to January 1996 (start of available TREB monthly data), you can see that the ratio of house prices to condos was around 2:1 from 1996 to 2011 (in other words houses were twice as expensive as condos). In fact the average month during those 16 years had a ratio of exactly 2.00. The median was also 2.00. The range was pretty tight, staying between 1.72 and 2.31.

But you can see the 2.25 from last month is essentially back to the same ratio as 5 years ago (2.27 in January 2013, which was highlighted in the title of this blog post. While the rollback to 2013 is welcome for potential move-up buyers, unfortunately the price gap has climbed from $433K to $712K in that time. That's an increase of $279K in 61 months.So even if you were looking at saving a 20% downpayment on that increase you'd have needed to save almost $1000 a month ($915). And that's just for the price gap difference - let alone the rest of the purchase price.

This is purely based on anecdotal evidence, but it's a theory I've mentioned to several people. This is the first time I've written about it. In the good old days it used to be you'd buy your starter home, then your family expands and you move-up to a bigger home. Well now condos are acting as starter homes for many Torontonians. But here's something strange I've noticed: the last four starter-house-buying clients I've had that lived in and owned a condo apartment ALL wanted to keep their condo too. I guess because they've done well with the appreciation and vacancy rates are really low and rents have climbed steeply in the last couple of years. So I can see why it would seem like an attractive proposition to them.

You'll note below that condo active listings used to follow a very seasonal pattern up until 2016 when active listings started shrinking below seasonal norms and have stayed very low. With more would-be buyers priced out of houses as you've seen above, you've got more eyes looking to buy condos. More condo buyers competing for fewer listings has contributed to the large condo price gains of the last couple of years (16% in 2016, 13% in 2017 from a December vs. December basis).

My theory is that some of this low inventory level is due to the move-up buyers holding onto their units instead of turning them over when they buy a house. People are always pointing at foreign buyers/investors increasing demand and driving prices up that way. I've previously mentioned it's also domestic investors affecting that demand. That can clearly be seen here in this chart from Better Dwelling last April that uses Ontario government data.

So there are more and more domestic investors. When we think of them, I think we tend to picture somebody walking into a condo sales office and buying something pre-construction off of plans. But I think some of those domestic investors are having their effect on the supply side instead, like those 4 clients I mentioned that didn't want to part with their condos. They've essentially become condo investors, but just did it in a less overt way than the pre-construction buyer. I don't know how large of an effect these people have, but I do think they count for something.